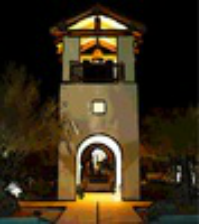 January 17, 2023
His Truth is Marching On – John Lewis and the Power of Hope by Jon Meacham, Non-Fiction, 331 pages
“An intimate and revealing portrait of civil rights icon and longtime U.S. congressman John Lewis, linking his life to the painful quest for justice in America from the 1950s to the present.”
Led by Mary Lofgren

February 21, 2023
Bird’s Eye View by Elinor Florence, Historical Fiction, 382 pages
Rose Jollife is an idealistic young woman living on a farm with her family in Saskatchewan.  After Canada declares war against Germany in World War II, she joins the British Women's Auxiliary Air Force as an aerial photography interpreter.  Working with intelligence officers at RAF Memeham in England, Rose spies on the enemy from the sky, watching the war unfold through her magnifying glass.
When her commanding officer, Gideon Fowler, sets his sights on Rose, both professionally and personally, her prospects look bright.  But can he be trusted?  As she becomes increasingly disillusioned by the destruction of war and Gideon's affections, tragedy strikes, and Rose's world falls apart.
Rose struggles to rebuild her shattered life, and finds that victory ultimately lies within herself.  Her path to maturity is a painful one, paralleled by the slow, agonizing progress of the war and Canada's emergence from Britain's shadow. Led by Nancy Goddard
March 21, 2023
When Breath Becomes Air by Paul Kalanthi, Memoir, 231 pages
Paul Kalanithi was a neurosurgeon at Stanford University diagnosed with terminal lung cancer in his mid-thirties. Kalanithi uses the pages in this book to not only tell his story, but also share his ideas on how to approach death with grace and what it means to be fully alive. His memoir was published posthumously.
Led by Margot Richardson-Corlett

April 18, 2023
Sooley by John Grisham, Fiction, 354 pages
John Grisham takes you to a different kind of court in his first basketball novel. Samuel “Sooley” Sooleymon is a raw, young talent with big hoop dreams—and even bigger challenges off the court.
Led by Grant Gilfeather

June 20, 2023
The Girl from Berlin by Kate Hewitt, Fiction, 406 pages
Berlin, 1936:  From her beautiful new home a young woman named Liesel Scholz barely notices the changes to the city around her.  Her life is one of privilege and safety thanks to her father’s job working for the new government.  But soon a change encounter with Rosa, the daughter of their Jewish housekeeper, leaves Liesel in no doubt that something isn’t right.  When Rosa begs Liesel to help – pressing her grandfather’s gold pocket watch into Liesel’s hand – Liesel recklessly agrees.
Frankfurt, 1946: An idealistic American captain, Sam Houghton, arrives in Germany to interrogate prominent Nazis on trial and to help rebuild a battered country.  He hires and enigmatic and damaged woman named Anna as his interpreter.  But, as sparks fly between them, the question of what happened to Anna in the war raises its head. Led by Jeanne Paige

July 18, 2023
The Maid by Nita Prose, Fiction, 280 pages
A Clue-like, locked-room mystery and a heartwarming journey of the spirit, The Maid explores what it means to be the same as everyone else and yet entirely different—and reveals that all mysteries can be solved through connection to the human heart.
Led by Nancy Goddard

August 15, 2023
The Midnight Library by Matt Haig, Fiction, 299 pages
The choices we make determine not only our life but the lives of others. Is there a right choice?
Led by Mary Lofgren


Other Books to consider:
Celebration of Discipline by Richard J. Foster
Psalm for the Wild-Built by Becky Chambers
Remarkably Bright Creatures by Shelby Van Pelt
The Sentence by Louise Erdrich
Lessons in Chemistry by Bonnie Garmus
Sycamore Row by John Grisham
Her Hidden Genius by Marie Benedict
Tomorrow, and Tomorrow, and Tomorrow by Gabrielle Zevin
Horse by Geraldine Brooks